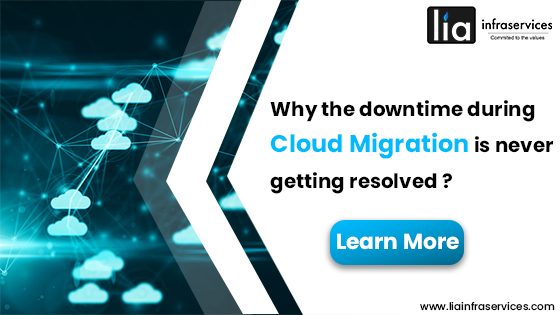 How to Avoid Downtime during Cloud Migration?

“Downtime during the Cloud Migration is nothing but the amount of time, the production server remains unavailable to be used by the end-users. In other words, the service disruption time is considered downtime.

But, we have seen multiple companies notifies their end-users through some electronic media about the upcoming date and time when the server would be unavailable for some maintenance.

That kind of practice enables the end-users conscious about the production server downtime during the cloud migration over that period that can be completed.

What is the need for downtime?

To have consistent data on the target cloud.
To enable the server to connect with the network.
DNS propagation if it is required.
Application compatibility with cloud technology.

And there are multiple other reasons.

Migrate a Windows server from on-prem to the cloud:

We use the Microsoft tool like VSS snapshots. That takes a point in time snapshot and is required to have all the files committed from the memory to the disk. Those files or blocks get migrate into the cloud.

Now, if the bandwidth is too low and there are huge data to move. The migration may take a long time to complete. The source data which is produced after taking the VSS Snapshot would not be there on the target VM/Instance.

How to Avoid Downtime during Cloud Migration?

“Cloud migration is all about the planning and execution”.

The expert team sits and identify the time frame when the production server is in less use. The monitoring tool plays a major role here. The bandwidth and the data calculation should be done before doing the cloud migration.

If the calculation shows the migration over the public internet would take a longer time. To reduce the downtime, it’s always suggested to use some other means like AWS cloud snowball to migrate the data.

When we do a cloud migration, it’s not just a single time move. There are multiple times the sync happens before deciding to go for final cutover.

So, during the initial migration, we need to make sure the server disruption is near zero. It may take a few extra hours to move the data over the internet.

When an on-premise or On-Prem server acts as a webserver and the end-users continuously hits the server to get their response, any downtime to the server may cost the reputation and money to the company.

Downtime during the migration is necessary to maintain the data consistency.

Downtime can be reduced with techniques like continuous sync and scheduled migration during non-business hours. Lia Infraservices is specialized in On-premises Cloud Migration without Downtime and other Cloud Computing services & Software services.